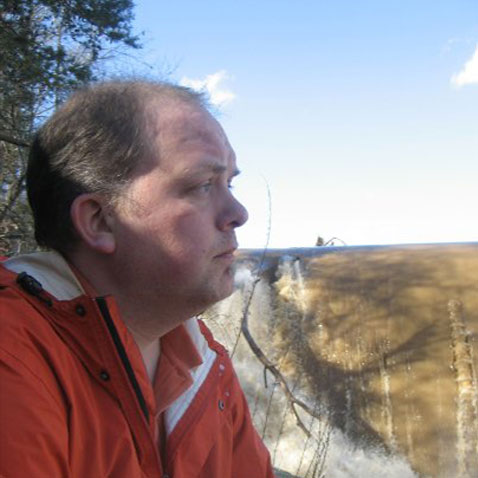 In 1991, as a 20 year-old rising Senior at the University of North Carolina, I did the most outlandish and absurd thing I have ever done in my life. Once and for all, here is the story:

Though my father was a Professor of Chemistry at the University of Washington, he was in reality what was known in former centuries as a Naturalist. He was fascinated by the natural world and its inner workings. I grew up helping him hunt in the woods for mushrooms to distill in his laboratory. Wherever we travelled, my father always made a point of knowing all the trees and wildflowers. We camped in the rain on the Olympic Peninsula, in the snow in the Canadian Rockies and in the heat and sun in the California deserts.

When I was ten, my parents sent me to a summer camp tucked into a valley in the Blue Ridge, inside the George Washington National Forest. Nature Camp taught me a tremendous amount about science and nature, but there was much more I came to understand over the 8 summers that I was a camper there.

At camp I learned that the natural world is under constant assault from the works of humankind. Our cars and factories pollute our atmosphere; our streets and houses pollute our waterways. Our unrelenting demand for metal, paper and most of all petroleum drives us to tap into more and more remote areas, destroying the few remaining wild areas of our planet. But I also learned that it doesn’t have to be this way. We can reduce our impact through conservation; we can use resources more efficiently; we can live our lives in ways that protect the natural world.

The summer before I went to college I joined the staff of Nature Camp and I worked there every summer in college. That fall I came to the University of North Carolina at Chapel Hill as a Freshman. Outside the classroom, I got involved on campus by working at the Daily Tar Heel – doing paste-up for the editorial page every afternoon, selecting which letters-to -the-editor to print, etc. But by my Sophomore year, I was sick of being on the outside of the discussion looking in. So I left the Daily Tar Heel staff and joined a relatively new student activist organization, the Student Environmental Action Coalition.

For the next 3 years, the University considered my major to be Geography, but in reality I majored in Student Activism. I was one of the central people in SEAC; for two years I co-chaired the Tar Heel Recycling Program (TARP). TARP was the first recycling program on campus and it was entirely student led, funded and run. We worked hard to both expand our recycling program and agitate for the Chancellor to increase and institutionalize waste reduction and recycling.

I also worked on several environmental issues involving the town government, advocating against raising the bus fare and in favor of building sidewalks and bike lanes. My fellow SEACers and I fought the UNC administration (successfully) on a proposed highway project among other issues. In the Spring of 1991, the Student Body President appointed me as the Student Government Liaison to the Town of Chapel Hill and I became still more involved in Chapel Hill town government.

The summer of 1991 was my fourth summer on staff at Nature Camp. Working at Camp we got one day off each week. In the second week of Second Session, fellow Tar Heel, Caroline Philson, and I drove down to Chapel Hill for our coinciding days off. On the way back, we stopped at the Orange County Board of Elections office in Hillsborough, where as a fresh-faced 20-year old, I filed to run for the Chapel Hill Town Council. By the time we got back to Nature Camp that night, I was being summoned to the phone in the back of the kitchen to be interviewed by reporters.

At the end of Closing Week at Camp, I did not take off on an August road trip west across the continent as I had the summer before. Instead I headed straight for Chapel Hill. Academically, the fall semester was more or less a blur for me; I spent all my time knocking on doors and organizing canvassers, not studying for exams.

Many friends at UNC helped canvass neighborhoods, make yard signs, hand out flyers and everything else! We must have knocked on half the doors in Chapel Hill that fall. Not long into the campaign season, one of the incumbents in the race began giving me advice about people I needed to talk to and neighborhoods I needed to visit. It was an at-large pick-four race, so the incumbent and I weren’t necessarily running against each other; four of the thirteen candidates would win that fall. The two incumbents in the race were a shoe-in for re-election, so the race was really all about which 2 of the 11 challengers would pick up the third and fourth place seats.

You don’t need to know much about the other candidates in order to guess that my candidacy was, from the start, a bit implausible. I had only lived in Chapel Hill for three years. I was just 20 years old, and I wasn’t even a property-tax-payer at the time. Meanwhile another challenger – a middle-aged neighborhood activist and instructor at UNC – was looking a whole lot more like the demographic profile of the Chapel Hill Town Council. But the environmental themes and issues addressed by my campaign resonated with a lot of people in Chapel Hill, and soon many people knew about ‘that student environmentalist candidate’ – even if they might not yet have been able to remember my name.

A local activist strategized that the Sierra Club could maximize the impact of its endorsement by being the first in the season to issue endorsements and I was honored to receive their support. Soon two of their community organizations endorsed me as well. All of these endorsements felt great and gave my campaign a lot of momentum. When the local newspaper endorsed my campaign, I was elated.

Election day was long, I stood outside the polls handing out flyers and talking to voters from 6:30 AM to 7:30 PM. When the polls closed, we all gathered at Estelle Mabry’s house. Early returns showed me trailing in 7th place but with only a modest margin separating me from a 4th place win. I was scheduled to go on WCHL radio and Village Cable simultaneously around 9 pm for an in-studio interview. So I drove over to the cable TV studio to be interviewed listening to updates on 1360 AM.

Back in 1991, I ran on a platform of expanding public transportation, building bike lanes and sidewalks, reducing solid waste and increasing recycling opportunities. Many, many people deserve credit for where our community is today on these issues, but I played my part. Orange County was the first and only county to achieve the state mandated waste reduction goals and continues to lead all other counties in recycling and waste reduction. We have an expanded public transportation system with no bus fares at all on Chapel Hill Transit. Chapel Hill and Carrboro have built miles of new bike lanes, greenways and sidewalks and many other improvements are funded and/or in the works. I am proud of all the environmental initiatives that I have helped further in both Chapel Hill and Carrboro. Back in the early 1990’s some elected officials would talk about Light Rail as being a distant dream for the Research Triangle, but last fall the voters of Orange County approved a referendum to begin saving up money to build North Carolina’s second Light Rail system connecting Chapel Hill, Durham and Raleigh.

Back then, Chapel Hill had a 30 year water supply plan. My fellow Councilmembers would smirk and whisper, “2022? I’ll be dead by then!” I whispered back: “And I’ll be your age.” In 1991, I was always the youngest person at any governmental meeting. Now, I am occasionally still the youngest person in a meeting, but it is getting rare. In the intervening time, we’ve upped our water supply planning horizon to 50 years – through 2061! And I am the one who will probably be dead by then.

Over at the Village Cable studio on election night the cameraman said we were to go on the air in 30 seconds and I was sweaty and uncomfortable. The race was not over yet, but things were looking grim and somehow I was going to have to make my way through this interview while still unsure whether I had won or lost. “15 seconds.” Then suddenly the news desk called out new vote totals with all precincts reporting. Three thousand and thirteen people went to the polls that Tuesday and marked their ballots for Mark H. Chilton, putting me in 4th place and picking up the fourth seat up for grabs that fall! Instantly I was a Cheshire Cat as we went live on Village Cable. After the interview, I drove back to the house where my election-night party was. I found the house and yard exploding with disbelieving supporters and I started to realize how few of my supporters actually believed that I was going to win!

Now my own boys are the ones who are at Nature Camp – this summer Alex returns for his second year and Samuel for his third. Though the Colonel and Mrs. Reeves are gone, the camp that I remember thrives and I see in my boys’ eyes the same passion for Camp and its traditions that I learned in the years I attended and worked there. My boys are fortunate to have this amazing learning opportunity, but I count myself even more fortunate to have occasion to return to Camp several times a year. Each time I do, I feel that I never actually left.

I carry forward in my work the values that Nature Camp instilled in me – to protect the natural world through environmental conservation – the wise use of our planet’s limited natural resources.