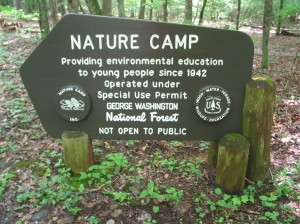 The Nature Camp Foundation exists to provide financial, material and service support to Nature Camp through the focused efforts of Camp’s friends and alumni.

COMMUNICATIONS COMMITTEE
Coordinates efforts to ensure that members of the Nature Camp family are kept abreast of developments within the Foundation and issues that affect Nature Camp. It oversees print communications such as brochures and publishes The Afterglow, distributing it by email, post, and website, and the Annual Report.  It coordinates content for the Nature Camp Foundation website.

DEVELOPMENT COMMITTEE
Plans and conducts the annual giving campaign to raise funds for the Foundation, identifies potential sources of funding, seeks grant support, and thanks donors.

SERVICE WEEKEND COMMITTEE
Plans and coordinates volunteers to assist with the maintenance and improvements  of the physical facilities of Nature Camp during Service Weekends. These are held twice a year – the third weekend in May and the third weekend in September, typically starting at about noon Friday until Sunday about 3:00 pm. Volunteers enjoy the full use of camp facilities, and projects abound for both skilled and unskilled labor – everyone is welcome.

FINANCE COMMITTEE
Develops investment policies and oversees the investment, management, and accounting of the financial assets of the Foundation. It reviews quarterly statements and annual independent audits.

JOINT NCF/NCI BOARD DEVELOPMENT COMMITTEE
The NCF/NCI Board Development Committee, co-chaired by the vice presidents of NCF and NCI, supports collaboration between the Foundation and Nature Camp, Inc. boards on matters of filling director/committee chair positions. The Committee is responsible for the identification, recruitment, and recommendation of the most appropriate candidates to fill positions on each board. These recommendations will be made by the Committee in response to specific requests from a president seeking to fill a position on their specific board. The Committee will also serve the secondary purpose of helping the two boards develop and populate working committees, subcommittees, and task forces relevant to each board’s reported needs.

VOLUNTEER COMMITTEE
Provides the Foundation and Nature Camp, Inc. Boards, via the Joint NCF/NCI Board Development Committee with a working database of members who have indicated willingness to serve on the boards or their associated committees.

The Nature Camp Foundation was formally organized in 1989 as a 501c(3) tax-exempt organization as a way to help keep alumni and friends of Nature Camp in touch with each other and to support Camp itself. Its formation was an outgrowth of several reunions of former campers of the 1960s and ‘70s, many of whom sought ways to remain connected and to provide needed financial support for Camp during a period of increasing austerity. The initiative was strongly supported by Colonel Jack Reeves, who was Camp Director for 25 years, because the Virginia Federation of Garden Clubs, Nature Camp’s original benefactor, was having increasing difficulty funding some programs, and there was no “rainy day” pool of funds available to meet emergency expenditures.

The Nature Camp Foundation started as a small organization, sending out the first newsletter – The Afterglow – to all alumni whose addresses could be located. The board was created with five officers: president, secretary, treasurer and two at-large members. Committee chairs were formed for education, resource development and long-range planning. The first adult session (originally called the Mountain Ecology Workshop) was held in 1990. By 1991 the NCF had a bank balance of $8,000. Interest on that account allowed the Foundation to make the first of its annual and increasingly generous unrestricted gifts to Nature Camp of $100.

NCF membership and its bank balance gradually rose over the years as more campers passed through Nature Camp and more alumni became aware of the organization. By 2005 almost 300 alumni, parents and friends were on its rolls, and over $250,000 was in its accounts.

The next two years, 2005 and 2006, proved decisive, as VFGC’s limited ability to support Nature Camp was underscored. Inspection of the swimming pool in 2005 showed a complete restoration was needed to keep it from being closed for safety and health reasons. Repairs were estimated at over $45,000, a cost VFGC could not meet. A “Save the Pool” appeal went out to NCF members, and some $28,000 – over half the cost of the project – was raised and given to VFGC. Camp opened on schedule in 2006, pool included.

The cost of the pool, however, was only part of the long-term renovation Nature Camp needed. Most of its buildings were 50 years old, and the plumbing for water and sewage and especially the electrical wiring systems needed major upgrades. A preliminary estimate of the cost of repairing those systems was $200,000 later revised to $400,000. Faced with these looming costs and the safety and liability issues arising if they were not met, VFGC decided, in September 2006 to cease its support of Nature Camp and close it down.

On October 29, 2006, in the Lillian Schilling Building at Nature Camp, a packed meeting of over 200 supporters passed a motion of continuing Nature Camp as an independent entity. The assembly decided to acquire Nature Camp, its resources and intellectual property from VFGC; to form a new organization to own and operate the camp (eventually to become Nature Camp, Inc.); and to leave the NCF legally unchanged, so it could be the locus of fundraising that had to begin immediately.

Camp had to be in a position to open as usual the next summer, or the loss of momentum would threaten its future. Hard work by innumerable individuals, led by Director Flip Coulling, ensured the new legal and administrative structure was in place for Nature Camp to open its doors on time in 2007. Meanwhile, the NCF led the fund-raising effort with a Campaign for Nature Camp, which eventually raised over $600,000. Designs for renovations were updated and the major work on the water, sewage, and electrical systems – costing $522,000 – was completed in spring 2008. Once again Camp was able to open that summer without a break. Nature Camp has run at or near capacity in its youth and adult sessions ever since.

Today, the NCF board has six elected positions: president, vice president, secretary, treasurer and two at-large members, all elected for three-year terms by the membership. There are four committee chairs: communications, development, facilities, and finance, each appointed for three-year terms by the president upon board approval. Terms of office are staggered to minimize block turnover. The Board Development committee is co-chaired by the NCF and NCI Vice Presidents.  The NCF Vice President also presides over the Governance Committee.

The NCF supports Camp in a variety of ways.  It holds two Service Weekends a year, when volunteers come to do repair work throughout the camp at the beginning and end of each summer; the NCF also hosts hikes and other events every year and reunions every five years; it keeps over 2,800 supporters connected through websites, social media outlets, The Afterglow newsletter; and supports Nature Camp directly through annual financial grants for capital improvements and funding for several annual scholarships for campers in need.