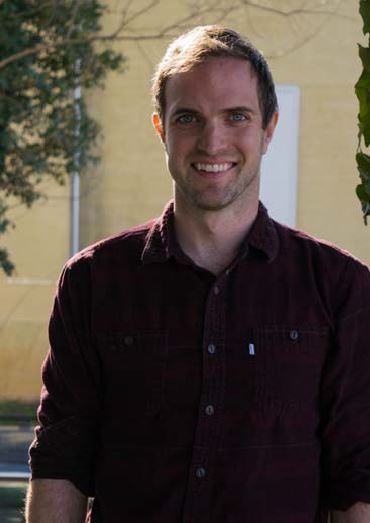 Wilson Ratliff has made a career out of shrinking carbon footprints. As technical director of the Charlottesville-based Local Energy Alliance Program, a regional nonprofit focused on energy efficiency outreach and education, he helps lead an operation that empowers people to make their homes and businesses more efficient.

Ratliff says a lot of well-intentioned people struggle with the question of how they as individuals can have a positive impact on the environment — or, at least, how to limit their negative impact. But it’s a big task, and these days, there are companies out there trying to make a buck off that good-hearted confusion.

“I think that’s why so many people are susceptible to greenwashing,” Ratliff says — the practice of pitching an idea, product, or fix as environmentally friendly, but overstating its impacts. “People know they’re the problem, but they don’t know where to start. They think, ‘I’m not using plastic straws, I guess that’s something I can do.’”

But he says knowledge — including broader knowledge of the natural world — can help people cut through the noise and see the underlying ecological reasons for the consequences of human actions.

“Then it’s easier to look at the world through that lens, and try to make a bigger difference.”

He started building his own broader knowledge at Nature Camp as a Fourth Session camper in 1996. He attended every year he could after that.

Growing up in a rural, forested area outside Charlottesville, “I was always playing in the woods,” he says. “I always had a comfort level with being outside in nature, being dirty.” At Camp, he began to learn about  nature as well as love it.

“Trivial as it may seem to be able to ID types of plants, or salamanders, or rocks, I think there’s a huge amount of value in your ability to appreciate what you’re looking at when you can apply a name and categories to things,” he says, and that knowledge opens doors to a broader understanding of ecological systems. Wanting to protect those systems comes naturally, too. “As a 10-year-old, I don’t think I had any real environmental awareness, but starting Camp that early created this foundation of appreciation of the outdoors and a general conservation mindset, where you try to integrate it into every facet of your life.”

When he headed to college at Appalachian State University, “I knew a lot about what I didn’t want” in a career — a normal office job didn’t appeal. He loved the natural sciences, and thanks to Camp, he was well-armed with a lot of peripheral knowledge about them, but he could never pick a favorite. He ended up double majoring in building science and renewable energy technology, with a minor in sustainable development.“I’ve always had an interest in practical solutions,” he says.

Before Ratliff ended up at LEAP, he worked for energy auditing and installation companies. The work he does now is especially rewarding, he says, because he gets to focus on helping people make changes that will better the planet and save them money. A home visit from LEAP can include various tests to suss out where your house is leaking heat and air, from infrared cameras to big fans that create telltale drafts. Clients end up with a clear sense of what they should prioritize to make their homes more efficient, and LEAP can then serve as a liaison to companies that do the needed work of air sealing and insulating.

Ratliff says LEAP examines clients’ utility bills before and after any resulting construction, which means he gets to hold in his hands evidence of the practical impact of his work, in kilowatt hours and BTUs and dollars.

Some before-and-after comparisons are especially powerful. LEAP works with a few different utility programs that cover the cost of upgrades for low-income and elderly homeowners, he says. Sometimes, clients’ initial energy bills show they’re months behind on their gas or electric. Some live in trailers, which are notoriously leaky thanks to thin walls and flimsy storm windows, and rely on inefficient electric furnaces — “basically a toaster oven with a fan attached to it.”

That’s when Ratliff really sees how powerful simple changes can be.

“There have been jobs where we’ve cut people’s utility bills by half or more,” he says, which can mean hundreds a month in savings for struggling families. “Those are the most rewarding jobs for me.”

You might think you need to make major upgrades to your house to see a change in your utility bills, but Ratliff says that’s not true. The best bang for your buck is in relatively cheap changes that you can make without the help of a pro:

> Switch to LED lightbulbs. “LEDs have dropped so much in price — that’s number one,” he said.

> Get low-flow faucets and shower heads. “They’re also super cheap, and can pay for themselves within a couple of months.”