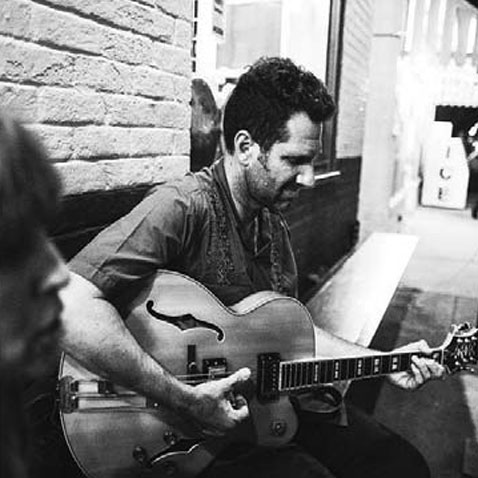 “Oh, I didn’t want to go to Nature Camp at all,” laughs Steve Vargo, reminiscing about how he first arrived. “Basically, I was a middle school jerk. I thought Camp was all Garden Club Ladies doing flower arrangements. But my science teacher got me a scholarship, and my parents made me go. They still love to tell stories about how I was happy the minute I got out of the car. They didn’t hear from me for two weeks.”

It was the staff that first impressed Steve. They served as positive role models—serious about their jobs but also really fun. He noticed and appreciated their genuine interest in the campers, and he was impressed by their commitment to teaching campers about nature and about themselves. He remembers the staff as “smart and cool and funny.” He wanted to be like them, and that admiration grew once he joined the staff and continued even after he moved on from working at Camp.

Specifically, Steve recalls the impression that people like Flip Coulling, Jim Brooks, and Walter Mehring made on him as he became an adult, making his way into the world. Musing on the example they set for him, he noted that “they helped me grow up into a decent person with interesting friends. They introduced me to all kinds of fascinating stuff. Walter knows how to do and make everything. People like him made me realize that it’s all possible. These smart, talented people helped guide me through growing up and getting older. I remember everything they taught me, and I try to use it and live up to it every day.” As a father, Steve hopes that his two children—Finn (12) and Astrid (9)—will find that kind of example and inspiration in their lives, perhaps at Nature Camp.

Along with providing examples to live up to, Steve credits his time at Nature Camp with broadening his musical horizons. Growing up in Winchester, he was surrounded by bluegrass. He didn’t know that was his “thing” until he heard his counselors and his new friends playing and singing. Until then, he was a 7th grader who was only into punk rock and skateboarding. But that changed as his mind opened to new ways of seeing the world, in terms of both nature and music. Jon and Joe Cleary, two fellow Nature Campers, played music with Steve during the summers. They ended up at William and Mary when he did, and the three of them joined the Middle Eastern Music Ensemble. Steve points the Clearys out as some of the folks who helped him develop a broader taste in music. After college, he set aside his geology degree for a while and moved to Boston to play rock and roll. After making music in Boston for a while, Steve took a job with Pyramid Environmental Engineering in Chapel Hill, NC. There, he found an enclave of Nature Camp folks, including Flip, Matthew Bain, Chris Marthinson, and Mark Chilton. The group often gathered at Mark and Chris’s house to hang out and play music of all kinds. Since then, he has also played old time and bluegrass. For a while, Steve was “the only gringo” in a 14-piece Puerto Rican Salsa and Mambo group, which he describes as a great experience: “They really showed me how to have a good time playing music. With them, it’s always a party, even when you’re just rehearsing.” His development into an open-minded and eclectic musician began at Nature Camp.

Steve joined the staff at the invitation of Colonel Reeves when he was only in the 10th grade. He took the responsibility seriously, and worked hard to live up to what he saw as a great honor. “I was the cook for a while,” he says, “and I had some glorious experiences in that kitchen. I do remember, though, getting yelled at by Colonel sometimes about the meals. On staff, there’s a whole new awakening. You may be a gifted teacher. You discover what’s good about you there, what’s good about other people, about nature. You can realize you’re in love with music at Nature Camp. You come alive, develop awareness of so many different and positive things.”

After several summers on staff, Steve left Camp for an undergraduate internship at Blandy Farm, which was at that time the state arboretum. It was run by the University of Virginia. There, Steve worked with graduate students and PhDs on a research project involving oak trees. “It was really similar to Camp,” he says, “and though I missed being on staff with my Camp friends, the internship was a good opportunity for me. It was the end of my time at Nature Camp, though.”

Eventually, Steve moved to Louisa, Virginia. There, he and his wife, Adrianna, began farming. They grew flowers and vegetables and sold them at farmers markets in Charlottesville and Tacoma Park, MD. Steve also worked for the Virginia Department of Health doing soil evaluations and tests. For a while, they both worked for the local Food Hub in Charlottesville. Eventually, Steve left to return to the Department of Health as a licensed soil scientist. Adrianna continued her work at the local food hub, helping farmers develop plans for operating under the regulations imposed by the USDA and FDA. Now, she works for the FDA as an investigator, helping farms comply and ensuring that people have safe food to eat. The couple has moved to Scottsville, Virginia, and Steve hopes that now that Finn and Astrid are older, he can begin bringing his family to Camp to enjoy Service Weekends, reunions, and other community events.

Summing up Camp’s influence, Steve stresses the importance of learning about himself and becoming interested in the natural world in such a beautiful setting. “You discover all these new worlds at Nature Camp,” he says. “You learn about botany, geology, limnology. I had never even heard those words before I got there! I loved the snakes—the rattlesnakes. I still love them. You become awake and aware. You learn to see the infinite variety and beauty in nature. So many things to learn about! That goes for the people, too—all these different kinds of people that you never would have met. You can figure out what you want to be at Camp because you’re exposed to so many different things. You just come alive. It’s a real jumping-off place for life.”

– Interview and article by Katie Hoffman