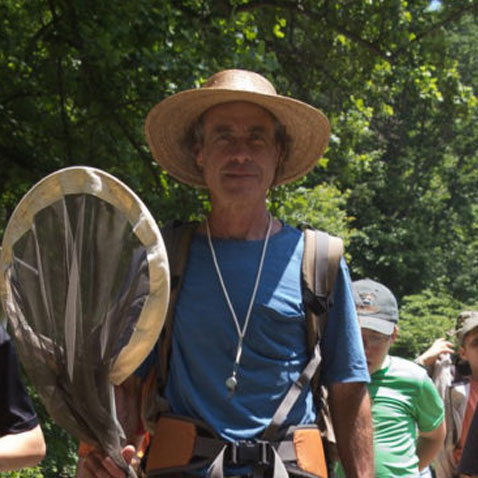 The impact on our world by alumni of Nature Camp is immeasurable but we know of its significance.

And we can share with you examples of those that carry the lessons of Camp into their lives and into the lives of others. One such Alum is Lyt Wood. Lyt came to Nature Camp at age 12 and attended from 1964-70 and was a counselor in 70-71. He states “I never outgrew it!”

But more importantly he has taken the message of environmental education and a deep love of nature and is passing it along through the Rappahannock Nature Camp. Because of his experience with Nature Camp he was asked by the Piedmont Environmental Council ca. 1983 to serve on a committee that was to establish a new regional educational program that
would include several “Natural History Day Camps” — hence the initial thought of starting one in his community (Rappahannock County, Virginia), which he did in 1986. During its 25 year history it has evolved along with the times as well as along with Lyt’s growing experience. His purpose is clear: to guide the children through the quagmire of materialism, atheism, testing, technology, intellectualism and so on that confronts them every day of their modern lives. The children of today need more opportunities to observe real?life things and to think for themselves, and to play.

The influence of Nature Camp is evident in the Rappahannock day camp. It was there that Lyt had his first teaching experience. He says, “Even now, whenever I am working on nature lessons for my campers, I think of my old teachers such as Peter Mehring and Terry Richardson and Dot Wilbur (Brooks), and so continue to be guided by them. All of the activities at Nature Camp — the seriousness of our studies, the silliness of the July 4th parades, the solemnity of the closing ceremonies, the incredible legacy of camp songs — all these things are the basis of what is even possible with my little camp.” He also tells of the support he has received from the wonderful network of Nature Campers. A loyal coalition of Nature Camp alums, dubbed the “Blue Moon Crew” helped build the barn, a footbridge over the Hazel River, and installed the “Frog Pond” that is the focus of their habitat studies.

You can read more about Lyt’s Rappahannock Nature Camp in the following article:
http://www.rappnews.com/2011/02/24/natural?wonders/12748/