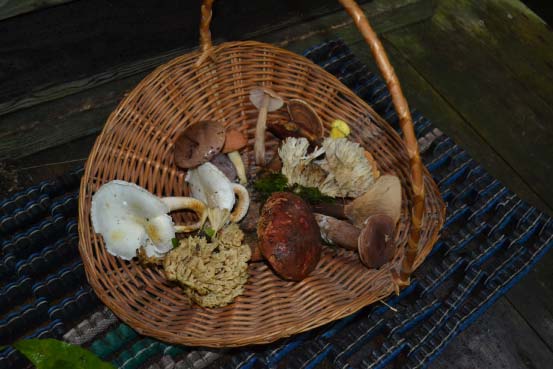 What is lichen? Where does it grow? How does it reproduce? These were all questions I had when I signed up for Lichenology. I, along with Marshall D., Jack C., Margaret C., and Davi R., and led by Max and Ryan, was in for the adventure of a lifetime. We started slowly by learning the three main types of lichen, parts of the lichen, and how it reproduces. Next we had a combined class with Ecology where we tested air quality by counting lichen on trees in disturbed and undisturbed areas. The lichen increased up to six times in undisturbed areas.

Then the fun really started. We hiked up December Ridge collecting lichen samples. The view (and the fruticose) were really amazing up there. Using the samples we collected we chemically identified the lichen using chemicals such as Lugol’s solution and sodium hypochlorate.

Other secrets were revealed in Lichenology, secrets as old as the hills themselves! Next time you’re in the woods, be careful—the lichen are watching.