By Corey BashamOctober 3, 2014 No Comments 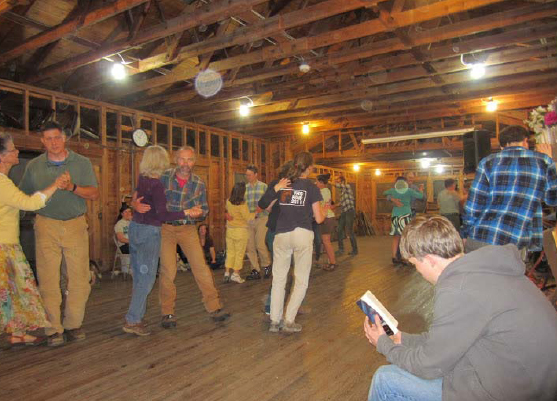 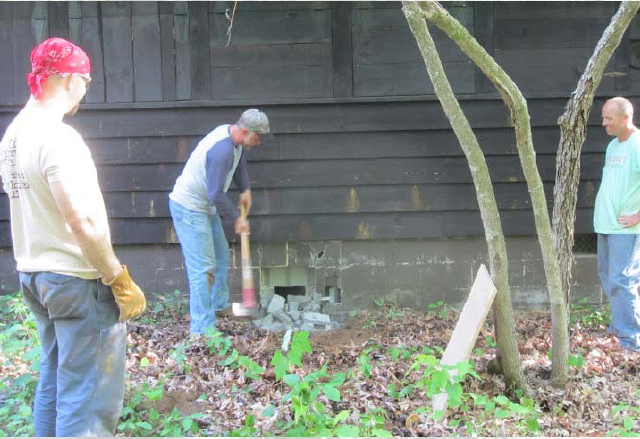 This spring was the first Service Weekend for our newly installed leadership team of Ventry Smith (NCI Facilities Director) and Art Maguire (Service Weekend Coordinator) with significant contributions coming from Nature Camp Director, Flip Coulling. We were glad to finally give our new caretaker, Gary Barker, his first taste of Service Weekend, and he really earned his stripes having to unclog the drains in the kitchen. Not a pretty task!! We were able to complete a great variety of projects and still managed to take some time to celebrate Powell Hutton’s time as president of the Nature Camp Foundation.
The week began on Thursday with Ventry, Gary, and Art starting (and mostly completing) some work around the girls’ side of the staff house and the Assistant Director’s room. The work started during some nice weather but it was decided that the usual stripping of roof surfaces should wait until Friday due to impending rain. The rain did arrive and gave us quite a drenching! Fortunately, Friday dawned without rain, and the roofing project proceeded. Due to the celebration that was planned for Saturday, we concentrated on roofing as quickly as possible. This allowed us to complete our roofing goals for the Education Building in time for the Saturday evening celebration.

While one talented crew was working on the roofing, another was working on creating access holes to get underneath the Education Building. This allowed us to clean out old plumbing fixtures and pipes left behind during the 2008 renovation. The space was then prepared by laying down polyethylene plastic, and assessing the status of the rotting joists. We came up with a plan of attack for the joist replacement project that will begin during Fall Service Weekend.
Other tasks completed included important play field updates. A new adjustable basketball goal was installed and a court created. A second tetherball pole was also installed. Nell Fredericksen and her talented kitchen crew kept everyone well fed and continued to echo the goals of Camp to source food locally and sustainably. Currently about half of the food served at Service Weekend is locally sourced.
Philip Coulling, Amy Gonzalez, Annie White and Joe Irby met with Jarrod Hood, head contractor with Lithic Construction, to discuss the new teaching pavilion to be built in memory of Gus Deeds. The Pavilion is scheduled for completion in the spring of 2015 and will honor the memory of Gus and his contributions to the camp community (please see the following articles in the Afterglow for more information on the Pavilion).
There was an air of anticipation when Saturday arrived. We saw a flurry of activity throughout camp as folks finished tasks in anticipation of a night of dancing and celebration. The day ended with many projects completed by the numerous volunteers who came for the weekend and who worked with great vigor and enthusiasm.
Saturday night proved to be a big hit with all. After our traditional dinner of assorted gourmet pizzas, we honored Powell Hutton’s tenure as the Nature Camp Foundation’s President. The NCF presented Powell with a beautiful etched wooden plaque and a lovely stoneware platter crafted by Nell. These gifts were a small token of appreciation for his years of service and guidance. Alia Anderson read a tribute to Powell written by Amy Clark, who could not be there for the celebration.
Amy’s tribute described what a perfect fit Powell was for the organization especially during our time of transition. She went on to review some of Powell’s life experiences that equipped him to lead us through our transition from VFGC ownership to NCI and NCF governance.
Amy Gonzalez shared some history of his tenure and passed along some appreciative sentiments from Anne Balto, the first NCI president. The clincher was Philip Coulling, Camp Director, choosing three words that he felt best described Powell’s tenure as President of the foundation and how these words described Powell. This brought tears to more than a few eyes. After eyes were dried and hugs given, this all proved to be a wonderful lead in for a cake and ice cream dessert and a long night of dancing. Gary Barker, our new caretaker,
jumped in and taught us a new dance. His Paddle Dance proved to be very entertaining to all. 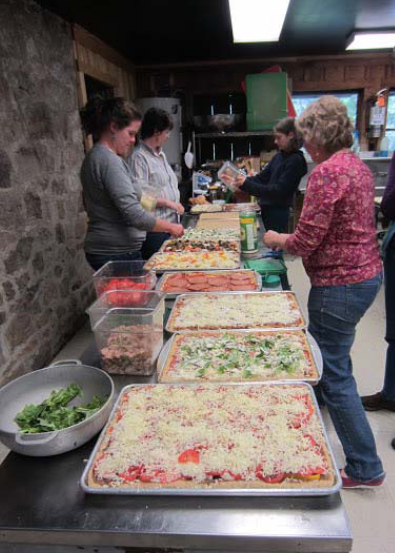 Thank you to all of the volunteers who came and joined us for the weekend. There were at least seven new individuals or families who joined us for the weekend. The total number of people who attended Service Weekend was close to 85. There isn’t room to mention every name here, but we appreciate the continued support of people who come to Service Weekend and contribute their talents to the huge variety of tasks – construction, labor, cooking, painting, cleaning and advice on projects. Every contribution helps!
– Art Maguire, Service Weekend Chair