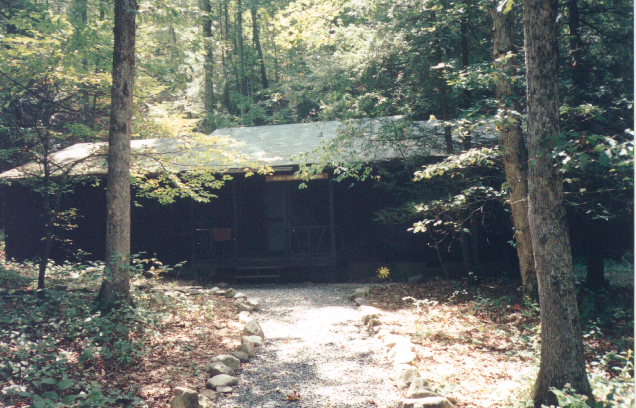 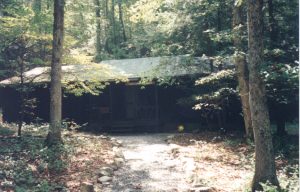 The May Service Weekend drew about 50 people, with a cost of about $2800 for materials (mostly capital improvement to electric, plumbing and safety features) and $500 for food. September topped that, with about 70 people, including staff members and first-session campers, but with much lower expenses — about $800 for materials and supplies, and $250 for food, since there was plenty left from the August camper and adult sessions.
Plumbing was a major project of both weekends. In May dedicated people spent a total of 17 hours digging out tree roots and rocks under the staff house in order to make space for replacing the plumbing, and in September the wooden floors and subfloors there were replaced. Flooring was also replaced in bath areas of the infirmary and boy’s bunk-house. Charlie Truxell, our wonderful caretaker, will finish installing the linoleum and fixtures.
Another set of projects involved electric repairs for the pool house, and removal of old electric equipment and a pump from the pump-house at Buttermilk Springs. For the pool house, all the old electrical equipment, shelves, sand filter, and Styrofoam insulation was removed, and new lights, receptacles, switches, breaker panel, breakers, 30 amp disconnect for the pool pump, and 110 volt smoke detector were installed, with a new grounding rod. The ceiling was insulated and plywood ceiling and wall board installed.
Clean-up was also a major activity of both sessions. The steep bank along 608 just north of Nature Camp Trial has been used as a dump site by locals over the years. Helpful neighbors lined up a roll-off dumpster for us to use. We had a number of volunteers using tarps and a pulley system to move trash from the steep hillside into the dumpster. There were many tires, a carpet, a metal culvert, vinyl siding, and loads of trash and junk to be moved. During the Feb. 13, 2007 ice storm, a power pole was knocked down along the side of Big Mary’s Creek below Buttermilk Springs. The power company and then the phone company each winched their bucket trucks across the small creek below Buttermilk Springs and made a big mess of the riparian zone. A swarm of volunteers stacked logs and brush along the sides of the creek to re-establish the stream bank. They then hauled many loads of wood chips from the compost pile area behind the Kitchen to Buttermilk Springs to re-establish the soil and try to combat erosion.
Other projects included repair and replacement of sheetrock and fascia boards, pouring new concrete steps for the girls’ bunk house and T-house, constructing a picnic table and two boxes for camp’s vegetable garden, removal of branches and downed trees, repairs of shutters and screens, and several projects in the kitchen. Cleaning and repair of the L.S. chimney was provided gratis by a firm from Winchester.
Jim Brooks, chair of the Service Committee, has begun a practice of naming “heroes” for each session, to recognize exceptional efforts. For May he notes Terry Richardson, who drove all the way from Charleston, S.C. and worked in the Pool house all day from Friday into Monday. Jesse Cleary and Barak Brashear spent more time digging under the Staff house than anyone else. In the end, these 2 guys were moving the dirt and rock out from under the building with a 5-gallon bucket lid tied to a string. The area was very cramped, and the access to pass the dirt outside was very small. Jesse also held his hand over the spraying leak under the Staff house and then forced the cut-off onto the pipe to minimize the mud, getting soaked in the process. Lyt Wood’s work on tree-clearing was also stellar. Mike Meads contributed mightily to both sessions, driving from New Jersey to organize work under the Staff house in May and renting a jack hammer when it proved needed. He spent the September session trying to find the riser for the girls’ T-house septic tank. Finally, Chuck Story ran the kitchen both times, and Amy Kasdorf Gonzalez and Nell Fredericksen stayed after everyone left in September to get the kitchen and other buildings ready for the Virginia Master Naturalists who used Camp in late September.